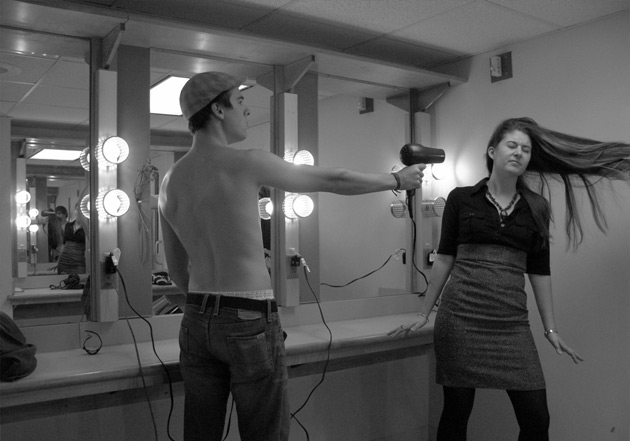 A Student project reinterprets the well-known photograph of a Vietnamese general executing a suspected traitor at point blank range by shifting the action to a hair salon and replacing the hand gun with a blow dryer.

When Susan Harbage Page heard about RENCI and its innovative uses of digital media technologies, she decided to visit the RENCI engagement center at UNC Chapel Hill.

A photographer and photography instructor at UNC, Harbage Page wanted to learn about the possibilities of using digital media with her intermediate photography class.

“I think we owe it to our students to expose them to new technologies,” she said during a recent visit to the engagement center. “In photography, the vast majority of the work that takes place today is digital. We are constantly moving towards new technologies and new ways of seeing and experiencing imagery.”

During the summer and fall of 2008, Harbage Page embarked on a stereoscopic—or three dimensional—photography project with both her photography students and her professional work. Using two 12-megapixel digital cameras positioned side by side on a single mount, she assigned her students to recreate famous photographs from the past with their own twists—an experiment in changing our collective memories. She also set out for the U.S.-Mexican border for a photographic study of objects left behind by people crossing the Rio Grande into the U.S.

The two digital cameras and mount, loaned to Harbage Page by RENCI, create two slightly different images. When they are brought together on a stereoscopic display system and viewed with polarized glasses, the images create depth perception and the illusion of three dimensions.

The students and Harbage Page used the stereoscopic visualization system in RENCI’s tele-immersion room to present their work at ultra high resolution—four times better than high definition. RENCI Senior Visualization Researcher David Borland created viewing software that allows the images to be viewed in three dimensions through stereoscopic glasses. Filters in the glasses allow only similarly polarized light to pass through each lens, creating a 3D effect that is much more realistic than the cardboard 3D glasses many people are familiar with.

The project not only gave the students the chance to use new technologies, it helped them understand some basic principals of photography.

“Digital photography is so quick and easy that we do it without much thought,” said Harbage Page. “This project slowed them down. They had to think about foreground, middle and background in order to get the 3D effect.”

Harbage Page hopes her students will use RENCI’s stereoscopic camera system and tele-immersion room again this semester. She also plans another trip to the border.

“My work looks at found objects in a different way, “ she explained. “An inner tube, for example, can be a play thing, but at the border it can be a ride to a job or to freedom. The stereoscopic imagery fits perfectly with the concept of my border project, emphasizing the volume of the objects as they exist in the landscape.” 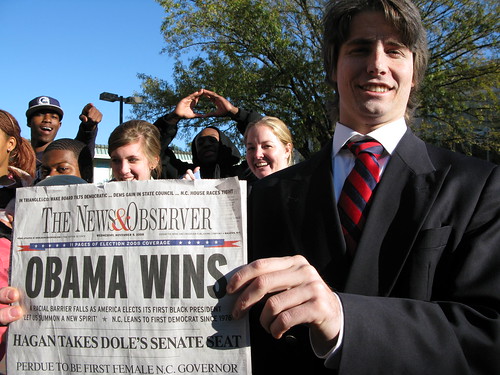 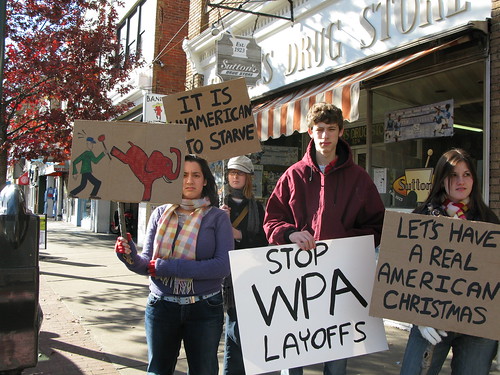 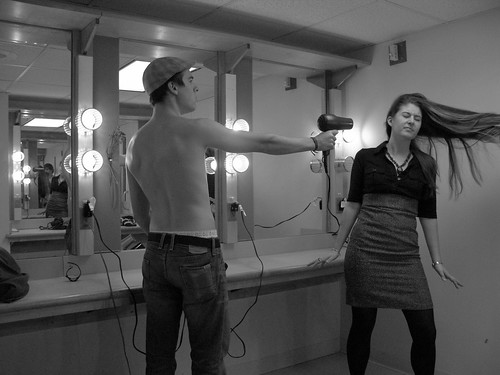 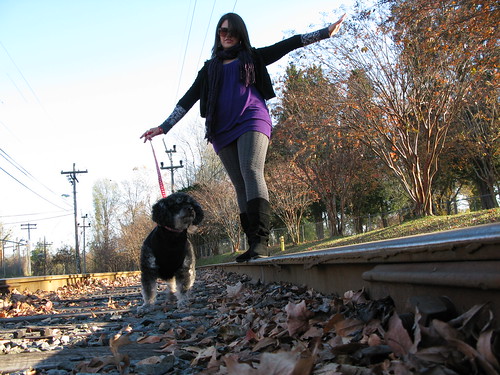 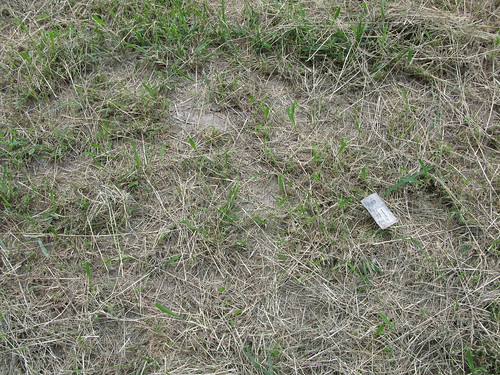 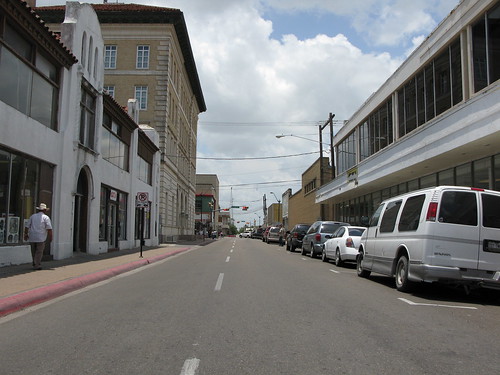 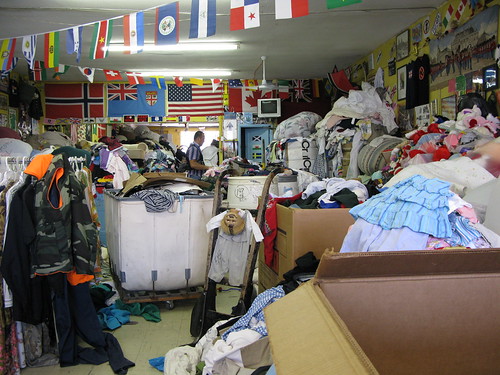 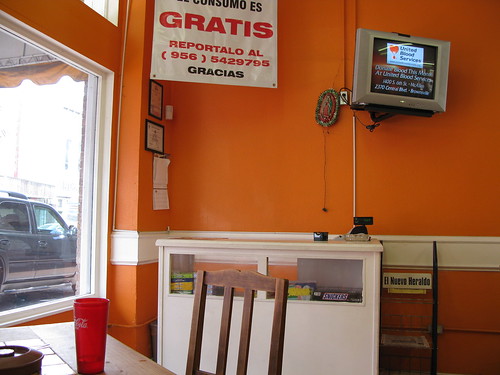 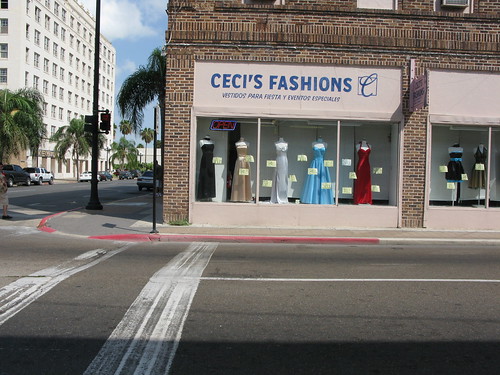 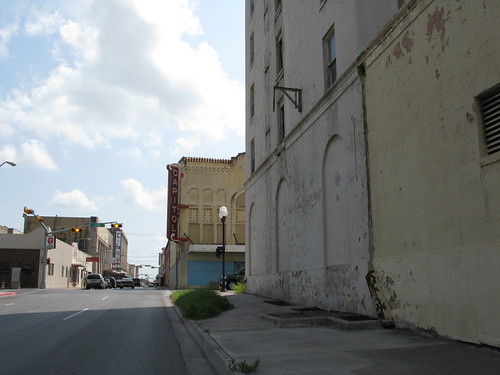 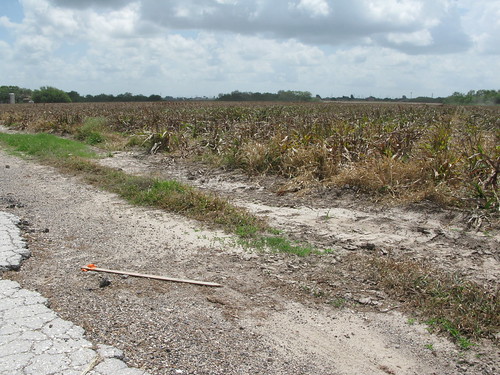