RALEIGH, May 6, 2009—The plane on display at Raleigh-Durham International Airport’s General Aviation Terminal was a veteran of storms well known to North Carolinians: Isabel, Floyd and Fran.

The Lockheed WP-3D Orion aircraft, one of two hurricane hunters owned by the National Oceanic and Atmospheric Administration (NOAA), had flown into the eye of these and other tropical storms and hurricanes, gathering the data needed for accurate forecasts and research. The midweek visit to RDU was a less dramatic affair; a hurricane awareness event aimed at school children and families that featured tours of turbo-prop plane as well as other demonstrations and displays.

Equipped with an array of sensors and radars, the WP-3D gathers a wide range of data, including temperature, wind speed and direction, air pressure, the size of water droplets in clouds, sea surface temperature, and gases in the atmosphere. It also includes a video camera, satellite data link and satellite communications system.

RENCI took part in the hurricane awareness activities with a display showing computer models of winds, rains and water inundation caused by Hurricane Isabel, which made landfall on the Outer Banks in September 2003.  RENCI’s computer models also showed the effects of flooding in Asheville, NC, in 2004. RENCI creates the high-resolution models as part of its disaster research program, which uses advanced technologies to help North Carolina prepare for, mitigate and respond to natural disasters. 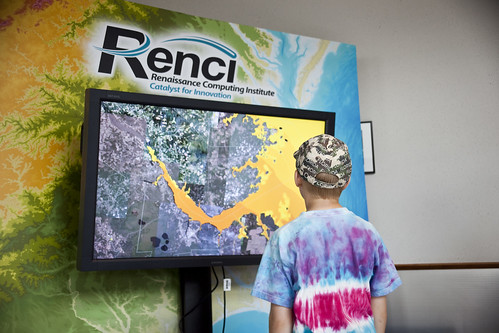 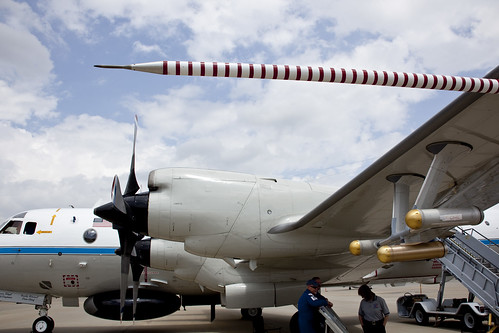 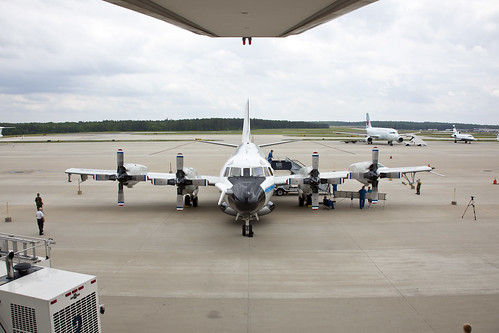