RENCI teams with Clemson and WSU on $2.95 million project to improve and simplify large-scale data analysis

CHAPEL HILL, NC – RENCI researchers will work with scientists from Clemson University and Washington State University on a project funded by the National Science Foundation to develop cyberinfrastructure aimed at providing researchers around the nation and world with a more fluid and flexible system of analyzing large-scale data.

The NSF awarded $2.95 million for a collaborative project that will unite biologists, hydrologists, computer engineers and computer scientists to design a system called Scientific Data Analysis at Scale (SciDAS).

Claris Castillo, a senior systems researcher, will lead the SciDAS effort as RENCI principal investigator and will be assisted by co-PI Ray Idaszak, RENCI’s director of DevOps. Clemson scientist Alex Feltus is the lead PI on the project. Other co-PIs are Clemson’s Melissa Smith and Stephen Ficklin of Washington State. 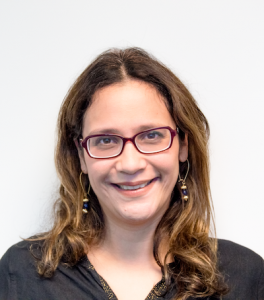 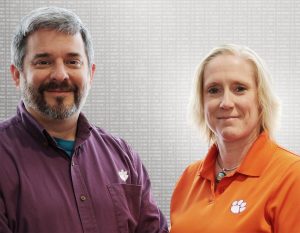 SciDAS seeks to help current researchers and future innovators discover data, move it smoothly across advanced networks, and improve flexibility and accessibility to national and global resources. It will enable a broad range of scientists to not only get information faster but also to use much larger data sets and tease out information that they might not even know exists.

“A key aspect of the SciDAS team is that we’ll be processing scientific data at the same time that we’re gluing together all the parts needed for a national cyberinfrastructure (CI) ecosystem,” said Feltus, associate professor of genetics and biochemistry in Clemson University’s College of Science. “We’re trying to avoid the problem of ‘if you build it they will come’ and instead enlist the input of a variety of scientists to join us on the ground floor and help us build it. Thus, our software will be refined by using real data by real users with real habits.”

RENCI will lead the effort to integrate existing cyber tools and technologies into the new SciDAS infrastructure that will be designed to support all aspects of distributed, data-driven research. Development of the SciDAS framework will involve integrating a number of NSF-funded CI systems into one package, including:

On a technical level, SciDAS will combine access to multiple national cyberinfrastructure resources, including NSF Clouds, the Open Science Grid, the Extreme Science and Engineering Discovery Environment, petascale supercomputers such as COMET, and a variety of nationwide university resources such as C.U.’s Palmetto Cluster. The distributed and scalable nature of both the data-sharing and the compute infrastructure will be exploited to boost the performance of workflows and scientific productivity.

“The 21st century presents huge problems for scientists to solve and it also offers great opportunities to create a better quality of life,” Castillo added. “Our mission is to streamline the process of discovery and data analysis by bringing together domain scientists and cyberinfrastructure experts. We are not building one solution to fit all needs. Instead, we see SciDAS as a nationwide, and someday worldwide, CI ecosystem that is flexible and scalable to meet the evolving computing and data analysis needs of many scientific communities.”