Creekside coders create and engage during “Hour of Code” event

Increasingly, every aspect of society – from education to healthcare – relies on software-driven technology. Even as we rely more often on “smart” devices for all aspects of our daily lives, we may not be producing enough computer scientists and software developers to satisfy our demand for all things tech. 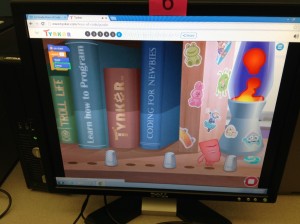 Creekside Elementary in Durham hopes students will catch the coding bug at a young age.

According to Code.org, by the year 2020, there will be 1.4 million computer science jobs but only 400,000 computer science students ready to enter the field. Additionally, according to the Computing Research Association, the computer science field suffers from an alarming gender and diversity gap that has not improved over the years – in 2010, less than 14 percent of US and Canadian computer science graduates were women, and only 10 percent were minorities.

Movements such as the Hour of Code encourage parents and educators to close these gaps and broaden the pool of students interested in computer science as a profession. Since its inception, over 76 million people, from schoolchildren to President Obama, have tried their hand at coding using the fun and nonthreatening materials provided by the Hour of Code project. This year, during Computer Science Education Week, local Creekside Elementary School students from Kindergarten to 5th grade joined the movement during their technology elective periods. Using popular movie characters and apps that they are already familiar with, the students wrote simple commands to position their characters in a setting and give their characters movement.

Jill Adams, technology specialist at Creekside Elementary School, organized the event for the students. According to Adams, as the students progressed to each level of their coding activity, the complexity increased, which gave them the opportunity to grow their skills in problem solving and logic.

Adams said the most exciting part for her was seeing students so involved and invested in completing the coding puzzles correctly. “I could hear, see, and feel the frustration of students when they did not solve the level correctly, but what was so amazing was the determination that followed. Students were committed to finding the correct code to complete each level successfully. Additionally, students collaborated with their peers to solve the coding puzzles, and the collaboration didn’t look like students simply telling other students which blocks to use. Instead, it was students working through the process with their computer neighbor to help them solve it for themselves,” said Adams. 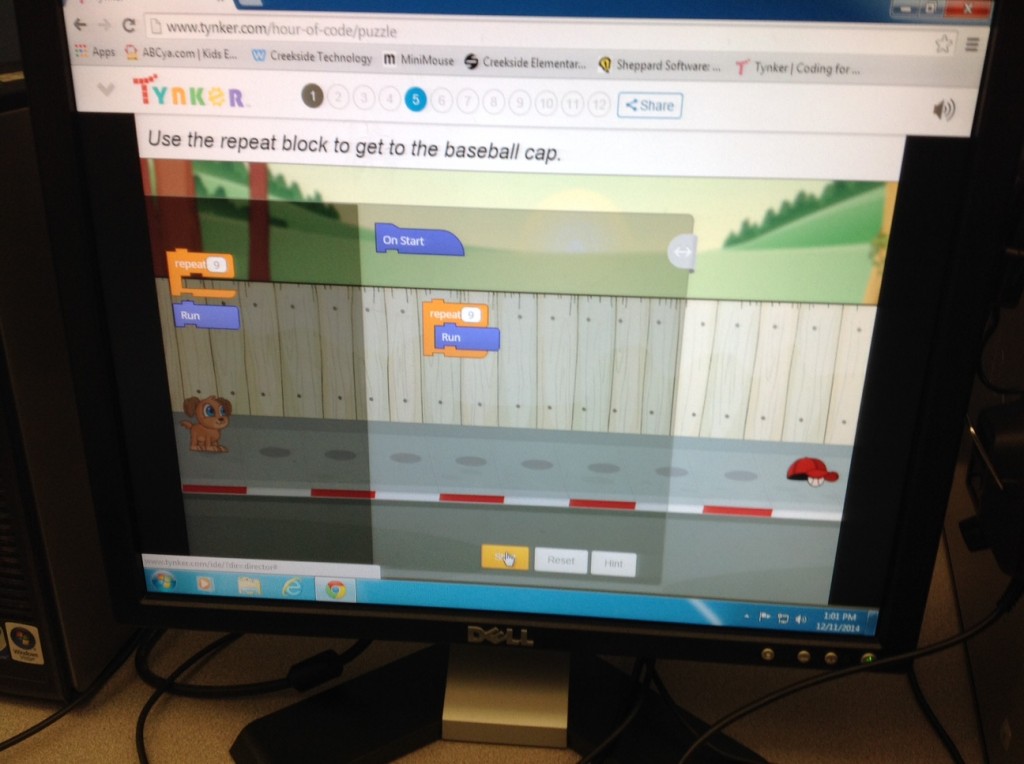 Students at Creekside had a lot to say about the Hour of Code. One student commented that, “It was a little tricky, but I didn’t give up,” while another stated, “It was hard because I had to figure out the right blocks, but it was easier the more I did it.”

Adams implemented the Hour of Code last year with one grade level but decided this year to encourage the entire school to host an Hour of Code event so that all students would have the opportunity to participate. Creekside Elementary School is the largest elementary school in Durham, serving 878 students, and all students experienced a coding challenge at which they could be successful during the week.

Adams created a webpage on her technology website that allowed students to choose their Hour of Code adventure. The site also includes additional coding activities for use in classrooms, technology labs, or at home.

“I am hoping that students enjoyed their Hour of Code during their technology special but it doesn’t stop there. Hopefully, students will catch the coding bug during their time with me and want to repeat, continue, or try other coding activities on their own. Perhaps some will even choose computer science as a career because of this experience,” said Adams.