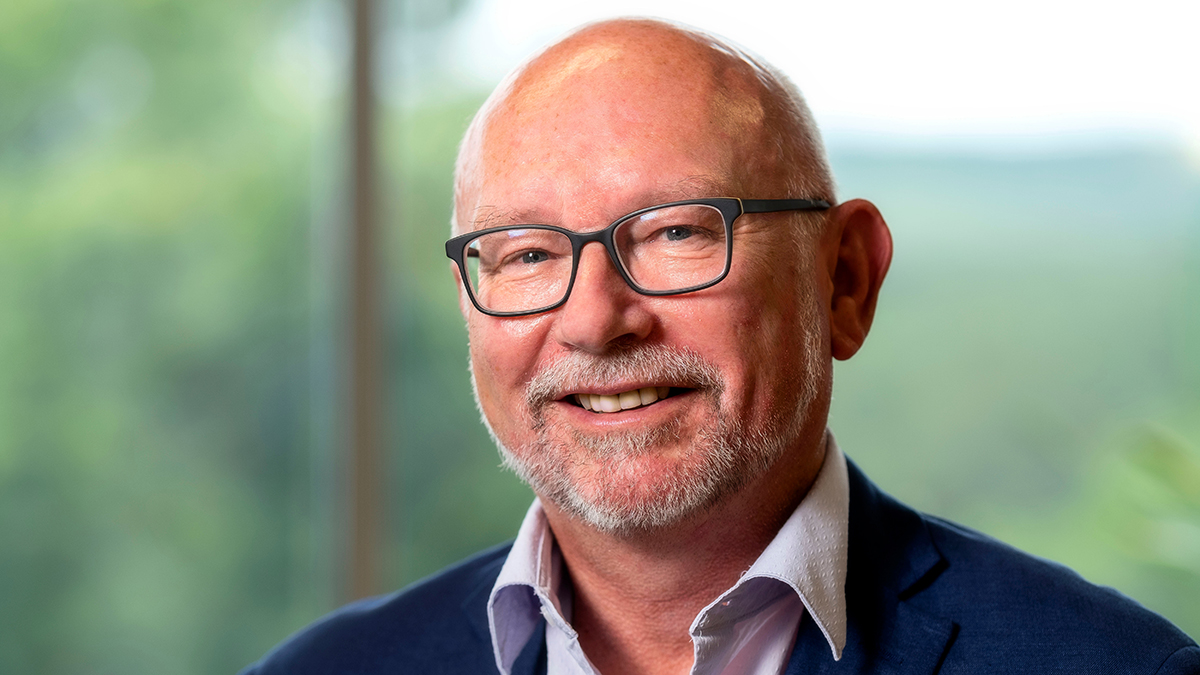 Stanley C. Ahalt is director of the Renaissance Computing Institute (RENCI), professor of computer science at the University of North Carolina at Chapel Hill, and the Associate Director of Informatics and Data Science (IDSci) core at North Carolina Translational and Clinical Sciences Institute (NC TraCS). He is principal investigator for the Water Science Software Institute project, which seeks to build a cyberinfrastructure for managing, sharing and using water science data. As director of RENCI, he was instrumental in launching two major data science initiatives: The National Consortium for Data Science (NCDS), a public-private partnership to address big data challenges and opportunities in research and business; and iRODS, an effort to develop a branch of the popular integrated Rule-Oriented Data System as enterprise-quality software, complete with rigorous testing and a robust, feature-rich code base.

Dr. Ahalt serves as a member of the executive board of the iRODS Consortium, an international group focused on long-term sustainability of the iRODS data management platform. He is also a co-PI with the DataNet Federation Consortium, a National Science Foundation project to prototype an integrated platform for sharing, using and managing data across distances and scientific fields. Other leadership roles include past chair of the Coalition for Academic Scientific Computing, former co-chair of the Ohio Broadband Council, extramural member of the National Cancer Institute’s Advanced Biomedical Computing Center’s Oversight Committee, and member of the Council on Competitiveness High Performance Computing Advisory Committee. He has authored or co-authored more than 120 technical papers and been principal investigator or co-principal investigator on research grants totaling more than $17 million. His recent research publications have focused on decoupling data through encryption.

Before coming to RENCI in 2009, Dr. Ahalt was executive director of the Ohio Supercomputer Center (OSC) from 2003 – 2009 and a professor in the Department of Electrical and Computer Engineering at The Ohio State University for 22 years.  Ahalt launched several model programs at OSC, including Blue Collar Computing, a national program to bring high performance computing to a wide spectrum of industries and applications, and OSCnet, a leading high-speed research network for K-12 schools, higher education and economic development. He holds a Ph.D. in electrical and computer engineering from Clemson University and master’s and bachelor’s degrees in electrical engineering from Virginia Polytechnic Institute and State University.

Ashok Krishnamurthy is the Deputy Director of the Renaissance Computing Institute (RENCI), and a Research Professor of Computer Science at the University of North Carolina, Chapel Hill. He is also the Director for the Biomedical Informatics Service at NC TraCS. Krishnamurthy has many years of experience with informatics and data science including data science cyber-infrastructure, medical image analysis, time series data analysis, machine learning and high performance computing. He has over 15 years’ experience as both a researcher and an administrator in advancing cutting-edge research in interdisciplinary teams. Krishnamurthy collaborates with researchers in informatics, biomedical and health research, and social sciences to develop projects and programs that leverage the power of data science and scalable computing to solve challenging problems that advance the state-of-the-art. He advises undergraduate, and graduate students, and mentors post-doctoral scholars and junior investigators. He is also involved in managing and enhancing research partnerships with faculty at UNC Chapel Hill, Duke University and North Carolina State University, and building relationships between RENCI and Triangle area businesses. Ashok’s research over the years has been funded by NSF, NIH, DoD, DARPA and DOE.

Prior to joining RENCI and UNC in 2013, Krishnamurthy was for many years at the Ohio Supercomputer Center and a faculty member at The Ohio State University. While at OSC, Krishnamurthy played a crucial role in establishing OSC’s successful industrial outreach initiative called Blue Collar Computing. He also helped develop and deploy cyberinfrastructure that allows researchers to easily access and use computing and storage resources at OSC.

Jay Aikat is the Chief Operating Officer in charge of managing day-to-day operations at RENCI in UNC-Chapel Hill (UNC-CH). Aikat is also a Research Assistant Professor in UNC-CH’s department of computer science, where she has mentored several undergraduate, master’s and PhD students, and taught undergraduate computer science classes. Her research interests are in computer networking, cloud security, and data science. She played a crucial role in launching the Data@Carolina initiative at UNC-CH. Previously, she worked for eight years in leadership roles in Information Technology, mostly in academia. Aikat earned her PhD and MS in computer science from UNC-Chapel Hill. She also holds an MS in electrical and computer engineering from Ohio University and a BS in electrical and electronics engineering from the Birla Institute of Technology.

Kristi Andrews is RENCI’s finance manager.  She is responsible for the institute’s day-to-day fiscal management and research administration.  This includes accounting, purchasing, travel, effort management and sponsored research administration.  Kristi and her team are responsible for managing all institutional and sponsored research funding. RENCI sponsored research funding comes from a variety of sources, including the National Science Foundation, the National Institutes of Health, the Department of Energy and the Department of Homeland Security.  Her team also provides assistance with submission of research proposals, ensuring that the institute remains in compliance with university, state and federal guidelines.  In addition to RENCI, Kristi’s team also manages finance and research administration for the UNC Center for Natural Hazards Resilience and the Center for Galapagos Studies.

Ilya Baldin leads RENCI’s network research and infrastructure programs. He is a networking researcher with a wide range of interests, including high-speed optical network architectures, cross-layer interactions, novel signaling schemes, and network security. Before coming to RENCI, Baldin was the principal scientist at the Center for Advanced Network Research at the Research Triangle Institute and a network research engineer at the Advanced Network Research group at MCNC, where he was a team member and a leader of a number of federally funded research efforts. He holds PhD and MS degrees in computer science from North Carolina State University.

Brian Blanton is RENCI’s director of environmental initiatives and a coastal oceanographer with 15+ years of experience in coastal hazards and risk assessment, high performance computing, and earth sciences data analysis. He co-leads the Environmental Sciences group with Ray Idaszak, building connections between water-themed sciences and applications through sustainable software development and data management practices. His research usually involves applications of the storm-surge and wind-wave model ADCIRC, for problems such as how the Federal Emergency Management Agency computes coastal floodplain statistics, rapid statistical forecasting of storm surge, and risk-based coastal evacuation routing. He is also leading RENCI’s efforts in bridging the gap between academic research and industrial applications through NSF’s Industry/University Cooperative Research Centers program. He earned a PhD (2003) in Marine Sciences from the University of North Carolina at Chapel Hill, and a BS (1991) in mathematics from Armstrong State College in Savannah, Georgia.

Chris Bizon is the director of Analytics and Data Science. He leads a team that applies a range of analytical methods including machine learning, visual analytics, semantic web-based reasoning, and textual annotation across many domains. He joined RENCI in 2008 as a member of the informatics group, where he worked in the areas of high-throughput sequencing, genomic analysis, and clinical genomics. Prior to joining RENCI, he spent a decade in the private sector working as both a developer and a researcher in the areas of fluid dynamics simulations and the application of machine learning to drug discovery. He holds a BS in Physics from the University of North Carolina at Chapel Hill and a PhD in Physics from the University of Texas at Austin, where he developed numerical models of nonlinear phenomena including pattern formation in oscillated granular media. 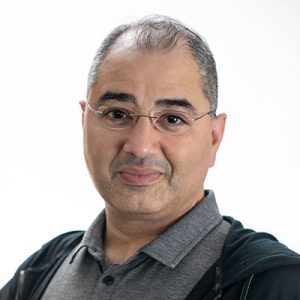 Steve Cox is the director of RENCI’s Software Architecture Group and a software architect with more than 25 years of experience designing highly available distributed systems, parallel computing workflows, and applications of semantic knowledge. He leads the Software Architecture Group in collaborations with data scientists in national and local projects to create innovative computing environments. He joined RENCI in 2010 to help campus researchers leverage the Open Science Grid (OSG) a national parallel computing infrastructure. Before joining RENCI, Steve held roles including Director of Architecture for a large investment research platform and was the founder and Director of Engineering at an online marketing venture. Steve has a BS in Computer Science from Gordon College.

Asia Mieczkowska is RENCI’s Associate Operations Officer. In this role, she leads both the Administrative Support Group for the Office of the Director and the Project Management Office. Asia serves as an outreach liaison for RENCI groups and helps to coordinate activities across RENCI, UNC-CH, Duke, and NC State. She facilitates communications among researchers and supports progress toward milestones for large multi-institutional and/or multi-disciplinary projects. Asia and her teams are responsible for creating comprehensive systems that streamline data collection, reporting, and administrative maintenance for the Office of the Director and RENCI staff.

Her previous professional life includes K-12 teaching and managing one of UNC-CH’s genetics laboratories focused on the research of transcription regulation of human and model organisms. She has supported the research in ENCODE and modENCODE projects funded by the National Institutes of Health. Asia holds a MA in literature from Warsaw University, Poland, and a post-graduate diploma in Human Resources Management from the School of Business and International Finances & International School of Managers in Warsaw, Poland.