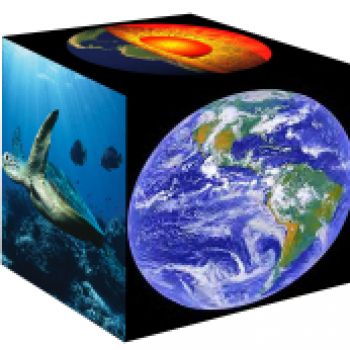 EarthCube is a collaboration between the National Science Foundation and Earth, atmosphere, ocean, computer, and information scientists, educators and data managers across the country. The project aims to transform geoscience research by creating a dynamic cyberinfrastructure to integrate information, and share and manage data. To support these goals, the NSF funds EarthCube grants, consortia and research for software developers, scientists and educators to share ideas and collaborate. Eventually, the Earth Cube integrated data management infrastructure will be able to help researchers better understand the complex processes of the planet Earth, from meteorology to solid earth sciences to hydrology and oceanography.

RENCI staff have participated in several EarthCube-related activities. Reagan Moore, RENCI chief data scientist and professor at the School of Information and Library Sciences (SILS) at UNC Chapel Hill, received an Early-concept Grants for Exploratory Research (EAGER) from the NSF to design a roadmap for a geoscience-focused data infrastructure. This step has been completed and the team has now submitted a second grant to develop a prototype system, which would include the RENCI-supported integrated Rule Oriented Data System (iRODS) software, a rule-based system for organizing, managing and sharing digital data. In addition, RENCI staff participate in EarthCube’s Governance Working Group and have attended EarthCube-related community workshops. RENCI Director of Strategic Development, Christopher Lenhardt, is also on the steering committee of the recently-formed EarthCube Research Coordination Network.

This National Science Foundation (NSF) EarthCube Building Blocks project is building Open Data Services Invocation Protocol (ODSIP) to provide a range of open specification in client/server libraries. The core idea is that key parts of EarthCube can be built effectively around clients and servers that use common and conceptually rich protocols for data acquisition.

The components that will be developed are: 1) an open specification for ODSIP (as a DAP4 extension); 2) a reference implementation of ODSIP in open-source libraries; and 3) client-server demonstrations that show how ODSIP supports three selected geoscience scenarios, each demonstration to be guided by a geoscientist. The three scenarios are: 1) accelerated visualization/analysis of model outputs on non-rectangular meshes (over coastal North Carolina); 2) dynamic downscaling of climate predictions for regional utility (over Hawaii); and 3) feature-oriented retrievals of satellite imagery (focusing on satellite-derived sea-surface-temperature fronts).

RENCI is providing the data for the first scenario. This scenario is based on the ADCIRC model’s output format, which represents a type of data that ODSIP will be able to access and distribute through web-based queries.