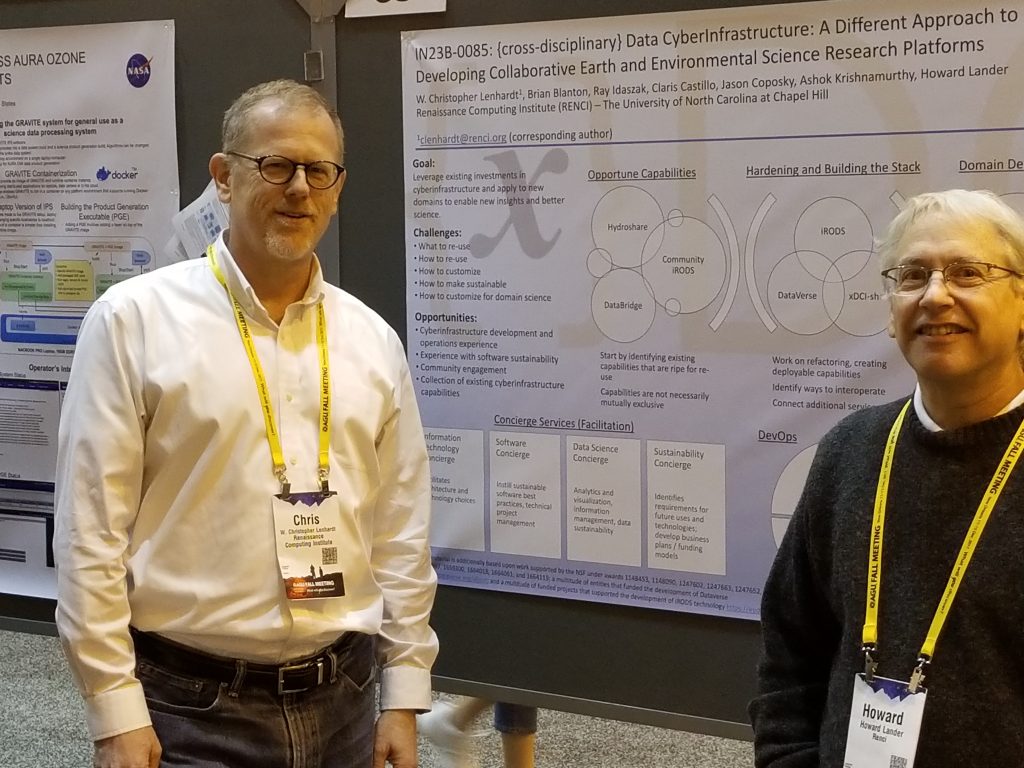 Chris Lenhardt (left), and Howard Lander with their poster at the AGU fall meeting.

Why was New Orleans inundated with scientists during the week of December 11 – 15? They were in the Big Easy for the fall meeting of the American Geophysical Union (AGU), a conference that attracts about 24,000 Earth and geoscientists from across the nation and around the globe.

As researchers in the Earth and geosciences incorporate more data from sensors and other sources into their work, RENCI’s expertise in cyberinfrastructure to manage data throughout its lifecycle takes on more importance in this community. As a result, RENCI was well represented at the AGU meeting in several poster sessions held throughout the week.

Other posters presented at the AGU with a RENCI connection included:

Lenhardt and Lander also participate in the AGU’s Earth and Space Sciences Informatics Focus Group, which addresses issues related to data management and analysis, modeling, and hardware and software needs to support Earth and space science.

For more on the AGU Fall Meeting, visit the meeting website.