RENCI’s Chris Lenhardt, an environmental data science and systems expert, will join the ranks of these leaders when he attends three days of training Oct. 17 – 19 to become part of the Climate Reality Leadership Corps. The Leadership Corps is a global network of individuals committed to tackling the climate crisis and solving what is far and away the greatest challenge of our time. The Leadership Corps is part of the Climate Reality Project launched by former Vice President Al Gore to increase awareness about climate change and to support efforts at all levels aimed at reducing carbon emissions. 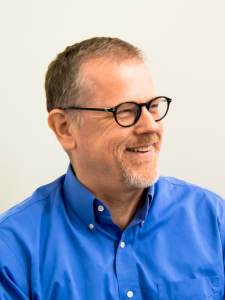 The project works to ensure an accelerated global shift from using fossil fuels that contribute to climate change to renewables that will reduce carbon emissions. The goal is to develop strategies and take actions that allow people and economies to flourish without negatively affecting the planet. The Climate Reality Leadership Corps, one of the many initiatives of the Climate Reality Project, aims to develop exceptional leaders by providing training in organizing, communications, and climate science in order to tell the story of climate change and inspire communities everywhere to take action.

As a participant in the upcoming training, Chris will learn how to communicate the urgency of the climate crisis, develop the skills to combine science and solutions to engage audiences, inspire others to take action, and to network with global leaders and influencers including Climate Reality founder Al Gore.

Chris’s professional career has focused largely on science data cyberinfrastructure for the Earth and environmental sciences, but his interest in the environment dates back to his high school days when he worked to promote reduced water use in his community during an extended drought by organizing a giveaway of water flow restrictors for faucets. His work at RENCI puts him in contact with many scientists investigating different aspects of global change. Over the years, he has come to realize that one of the key challenges with climate science is not about the science itself, but communicating the science and its effects in a way that makes people understand the need for action.

“I have increasingly felt it important to figure out ways to help communicate understanding of climate issues beyond the scientific ‘echo chamber,’” said Lenhardt. “There is such a critical need to understand the implications of climate science and what we as citizens can do to reduce our contributions to the drivers of climate change. The Leadership Corps is one way to become a grassroots leader on the issue. When I saw the announcement for training in Pittsburgh, I decided to jump at the opportunity.”

Congratulations Chris—we look forward to learning more about this critical issue when you return from your leadership training.