A data center upgrade for a data-rich world 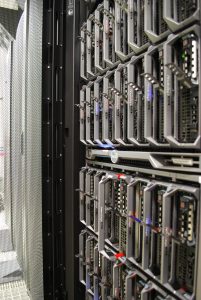 What is a data center? Ask any number of technologists or scientists and you will probably get a wide range of answers, in part because the data center concept changes as the technologies that power them change.

In the 1960s and 70s, as scientists began to exploit new technological research tools, data centers began popping up on university campuses and at research labs worldwide. The first- generation data centers functioned primarily as long-term data repositories. In the 1980s and 90s, data centers evolved to include new resources and tools for managing data sets that were growing larger and more complex. These new methods for accessing, managing, and archiving data meant researchers could collaborate and share their data and research results.

However, 21st century scientists need a new data center model if they plan to realize the potential of the big data explosion. Today’s scientists must also be able to easily access high performance/throughput computing and easily work with collaborators in other fields in order to address complicated multidisciplinary problems. The data center of the future—or Data Center 3.0—looks considerably different than the centralized, often domain specific data centers of the past and present.

In the white paper From Data Center 1.0 to Data Center 3.0: Transforming the storage, access and (re)use of research data for better science, RENCI researchers describe a plan to deploy this third generation of data centers.

Key features of Data Center 3.0 include:

Home > News > Spotlight > A data center upgrade for a…