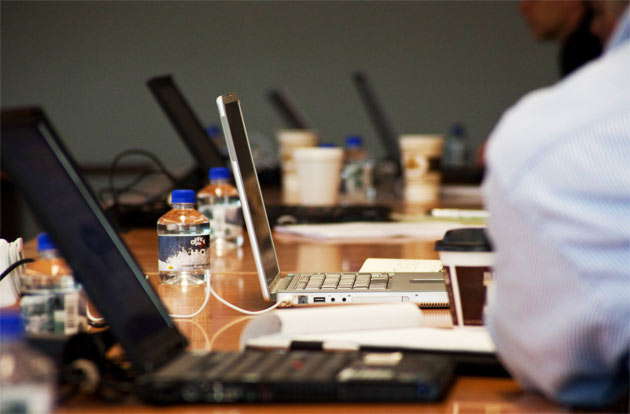 CHAPEL HILL, NC, January 8, 2010—New participants in Carolina Launch Pad will move into office space within the next few weeks as the pre-commercial incubator located at RENCI begins its second year.

Carolina Launch Pad, funded by RENCI through the UNC Office of the Provost, targets faculty, staff and students at UNC Chapel Hill who want to turn their technological inventions and ideas into viable businesses and have not yet developed their ideas into funded start-ups. The program is a partnership involving RENCI, the UNC Chapel Hill Office of Technology Development (OTD) and UNC Chapel Hill’s Kenan-Flagler Business School.

Launch Pad began in January 2009 with a group of five entrepreneurs who were given office space at RENCI’s headquarters in the Europa Center office building in Chapel Hill, laptop computers, phones, Internet access and storage space. Those participants will end their one-year stay at RENCI by the end of January and will continue to work on development plans for their businesses. One inaugural Launch Pad venture, Dyzen, recently received a $50,000 NC IDEA commercialization grant.

The Launch Pad Selection Advisory Committee chose a new batch of pre-commercial ventures for the program in December. In addition to the office space and equipment, Launch Pad participants have the chance to work with RENCI technical staff and are coached and mentored by professionals with the OTD, the business school and from the Triangle area IT community.

“The first year of Carolina Launch Pad was a great success and we look forward an even better 2010,” said David Knowles, RENCI’s director of economic development and engagement. “The entrepreneurs love being in close proximity to the staff and the technical resources at RENCI. The interactions they have and the people they meet through the program will help them fine-tune their ideas and get a good start on creating profitable small businesses.”

RENCI (the Renaissance Computing Institute) applies advanced technology resources and expertise to problems identified by the state of North Carolina and to university research initiatives. Its research contributes to the development of the next generation of technology infrastructure and cyber tools. Founded in 2004 as a major collaboration involving UNC Chapel Hill, Duke University and North Carolina State University, RENCI is a statewide virtual organization with facilities at campuses across North Carolina.
For more see http://www.renci.org.