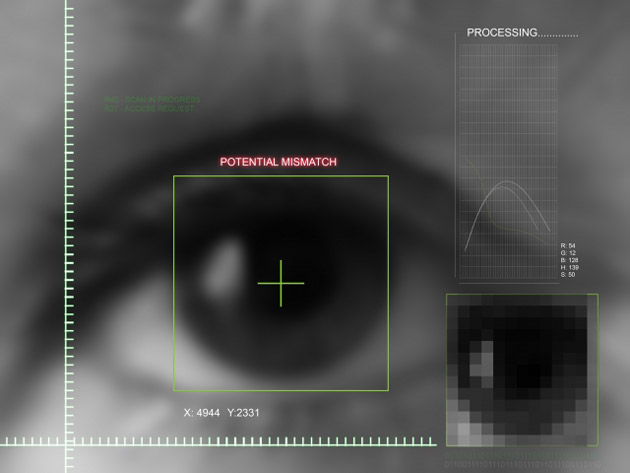 CHAPEL HILL, NC, May 18, 2010—RENCI experts in informatics and computational performance will work with Cambridge Intelligent Systems (CIS), a Raleigh-based technology company that specializes in intelligent image analysis technologies, to improve biometric systems used to track and identify suspected terrorists as they enter and leave the U.S. The project, funded by the Institute for Homeland Security Solutions, a Research Triangle Park-based collaboration involving RTI International, Duke University the University of North Carolina at Chapel Hill and the North Carolina Military Foundation, provides $200,000 to RENCI and CIS to research next generation biometric systems that can reliably identify people of interest under challenging, real-world conditions.

“Biometric technologies currently used by DHS and others operate very well with stationary, cooperative subjects in a controlled environment,” said Charles Schmitt, director of RENCI’s informatics division and principal investigator for the project. “Fingerprint, iris, and face recognition all have very high recognition rates under these conditions, but the big unsolved problem is how to identify people in surveillance-like video. Identifying a person who is moving, uncooperative or a long distance from the surveillance system is a very challenging problem—one that homeland security officials are extremely interested in solving.”

Land-based border crossings are among the most difficult environments for biometric identification systems. Ideally, DHS wants the ability to identify people crossing the borders in cars and on foot without having to stop every individual or car.

“To do that, you need a robust, multi-modal, video-based biometric system,” Schmitt said. “ It has to be video-based because it has to be opportunistic; you never know when you’ll get a good look at someone’s face or iris.”

The team will evaluate data capture challenges, including how close video cameras can be placed to subjects and at what angles, how people tend to cross the border (car, foot, motorcycle, public transit), environmental factors such as ambient noise, traffic congestion, and numbers of vehicles with tinted windows, and whether the site has access to electricity and the Internet.

From that data the team will produce a report to DHS that outlines basic requirements for reliable video-based, multi-modal biometric identification systems and that evaluates specific biometric identification modes. As part of this work, RENCI and CIS will create a reference biometric architecture for use at border crossings and will evaluate leading video identification technologies to determine the gap between current capabilities and DHS needs.