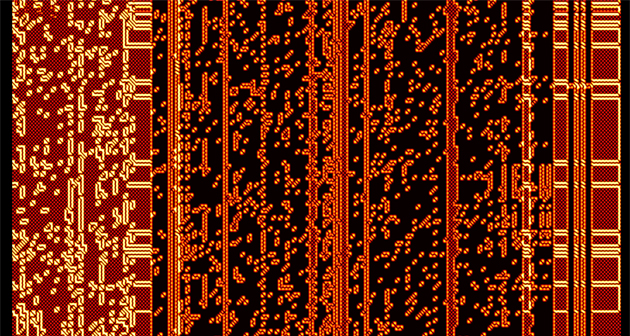 The organizers of a campus bridging workshop held last October in Anaheim, CA, have released a final workshop report that includes recommendations to help campuses create cyberinfrastructure that allows seamless collaboration and data sharing across a campus, across multiple campuses and on the national and international levels.

“Effective implementation of campus cyberinfrastructure is essential to solve the complex multidisciplinary problems of the 21st century and it requires a coordinated effort among academic and research institutions, ” said Dreher.  “If we are to use cyberinfrastructure to bridge campuses and universities and connect researchers to each other and to cyber resources, we need the support of senior university administrators.  This workshop provided a forum for senior university administrators to express their views on cyberinfrastructure challenges and opportunities, and to offers their ideas and suggestions about how their institutions’ resources can be bridged.”

The workshop recommendations were developed using input received during two days of discussion among workshop participants as well as formal presentations. Workshop discussions included an overview of the current state of campus bridging, the role of campus leadership in promoting campus bridging and the challenges and opportunities related to a number of cyberinfrastructure categories, including:

Thirty-nine leaders from academic institutions across the U.S. attended the Anaheim workshop, which was hosted by the University of Southern California and held in conjunction with the EDUCAUSE annual conference. The NSF provided funding for the workshop and RENCI, Indiana University’s Pervasive Technology Institute and Texas A&M University provided additional support.

The workshop report and recommendations, as well as reports from two other campus bridging workshops were used in developing the final report of the NSF’s Advisory Committee for Cyberinfrastructure (ACCI) Task Force on Campus Bridging.

The Campus Bridging Task Force was one of six established by the NSF in 2009 to investigate long-term cyberinfrastructure issues. Each task force subsequently discussed and generated a final report containing recommendations and ideas for advancing cyberinfrastructure in support of NSF research.  The final reports of all of the six task forces are available on the NSF website.