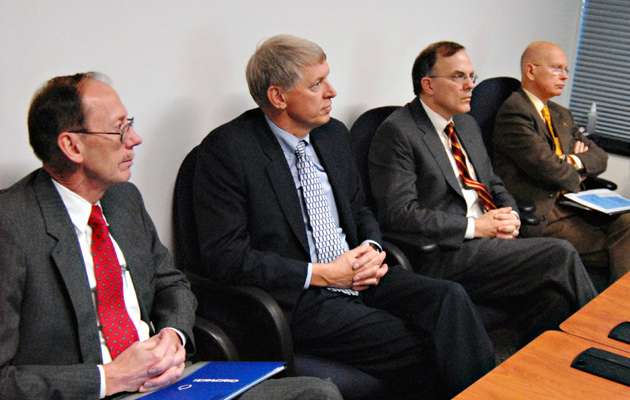 Blatecky will lead the OCI while a national search for a permanent OCI head is conducted. He replaces Edward Seidel, who was named NSF’s Assistant Director for Mathematical and Physical Sciences (MPS) this week. Seidel has led the OCI since September 2008, but had been serving as the acting head of MPS since last August while Blatecky handled most of the day-to-day responsibilities in the OCI.

Blatecky came to RENCI in 2004, shortly after the institute’s founding. He was involved in much of the work that established RENCI, from recruiting staff to negotiating office space agreements to acquiring computing systems.

Blatecky maintains ties to RENCI and to UNC Chapel Hill by serving as a liaison and advisor to RENCI Director Stanley C. Ahalt and UNC Vice Chancellor for Research and Economic Development Tony Waldrop on advanced research and development initiatives.

The NSF OCI coordinates and supports the acquisition, development and provision of state-of-the-art cyberinfrastructure resources, tools and services essential to the conduct of 21st century science and engineering research and education.