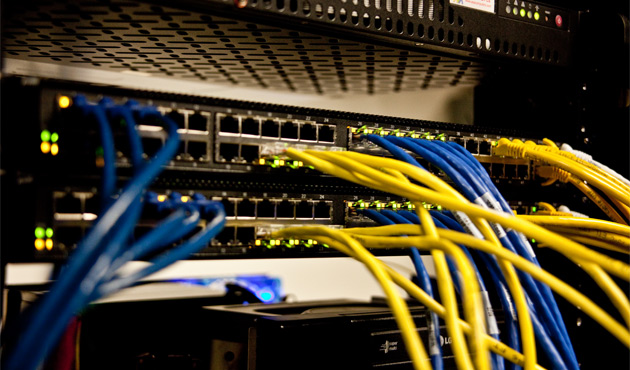 The donation is meant to help campuses create or expand their OpenFlow networks for both research and production uses.

The switches will be deployed on campuses and in the Points of Presence of RENCI’s Breakable Experimental Network (BEN), a regional optical network test bed used for experiments with disruptive networking technologies.

The OpenFlow switches will be connected to BEN and will enable new cutting-edge networking research and educational opportunities at UNC-Chapel Hill, North Carolina State University and Duke University. They will be installed over the next few weeks at the BEN PoPs at RENCI and UNC Chapeil Hill and in laboratories and facilities of the computer science departments at Duke, UNC Chapel Hill and NC State.

OpenFlow is an open standard developed at Stanford that allows researchers to run network experiments on campus networks. It is added as a feature to some commercial Ethernet switches and makes it possible to separate the switch’s packet forwarding, or data, path from its high-level routing decisions, or the control path. The separation of paths lets researchers easily deploy innovative routing and switching protocols in networks and is especially useful on networks that run virtual machines, need high security or involve research on next-generation Internet protocols.

“OpenFlow is a great addition to the research network infrastructure on our campuses,” said Ilia Baldine, RENCI’s director of networking research. “Having OpenFlow on BEN is especially important because BEN is our test bed for the National Science Foundation GENI Initiative.  It gives us more flexibility with experiments involving network and compute and storage infrastructure that can support a cloud computing Infrastructure as a Service (IaaS) paradigm.”