Preserving the past for future generations 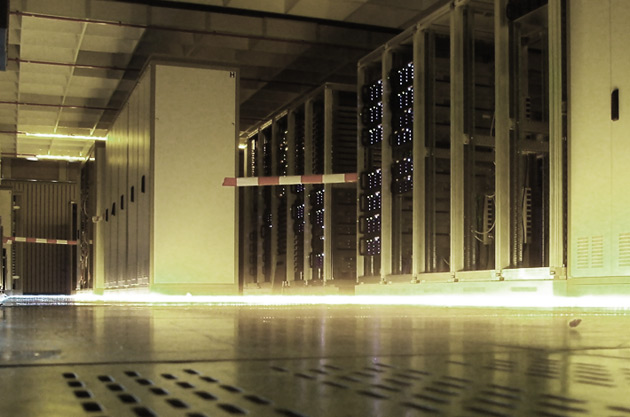 How will our grandchildren understand the dramatic events of the 2008 U.S. presidential election if they can’t access the rich digital information that documented and, arguably, influenced the process?

To support this effort, the National Science Foundation (NSF) Office of Cyberinfrastructure recently awarded nearly $1 million to the Data Intensive Cyber Environments (DICE) group at RENCI and the School of Information and Library Science (SILS) at the University of North Carolina at Chapel Hill.

“The goal is to identify the basic preservation rules and procedures that automate the management of authentic archives over decades or longer,” said Reagan Moore, professor, RENCI chief scientist for data intensive cyber environments, and principal investigator of the research project. “The TPAP project is developing a reference implementation for preservation environments that can be used as a starter kit.”

iRODS rules-enabled automation is essential for the TPAP prototype to be able to preserve, validate and provide long-term access to mushrooming collections of digital data as they grow to petabytes in size and hundreds of millions of files. (A petabyte is one million gigabytes or about 100 years of a standard television signal.)

For example, the iRODS system can enforce retention and disposition policies for each file that is registered, and check whether the policies have changed over time.

“The ultimate goal is to have an archive that cleans up after itself,” said Richard Marciano, RENCI chief scientist for persistent archives and digital preservation, professor at SILS, and co-principal investigator. “The iRODs middleware allows you to specify the management policy for the archives or repository, and turn these specifications into a set of rules, without having to change the iRODS code. This allows easy customization of how the archives behave, creating a system that is self-managed based on rules that can be individualized for each organization and users.”

As a testbed for preserving electronic records collections from NARA that must be maintained for “the life of the Republic,” the TPAP project includes six partners nationwide. Along with RENCI and SILS, the other partners are the University of Maryland; the Rocket Center in West Virginia; the University of California, San Diego; and Georgia Tech. The separate partners are taking advantage of iRODS’ ability to incorporate different types of storage resources across the six sites to form a single unified “virtual collection” that lets users easily share data, while enabling replication of data between the sites for added protection.

“The DICE group is world-renowned for its expertise in large-scale data management and persistent archives for digital preservation,” said José-Marie Griffiths, dean of SILS. “Managing several million records of digital data for the NARA TPAP project to ensure that our nation’s information is safeguarded and available to all its citizens over the long-term is a significant challenge. The assembled team is especially well qualified to address these issues and produce usable results.”

The funding from the National Archives and Records Administration, Electronic Records Archives Program is $953,988 for one year.

RENCI…Catalyst for Innovation The Renaissance Computing Institute brings together teams of researchers, engineers, technologists and leaders in government, business, the arts and humanities to attack major research questions and community issues in ways that accelerate discovery and drive innovation. RENCI has nationally significant expertise and capabilities in high performance computing, visualization, collaborative tools, networking, device prototyping, and data systems as well as engagement sites across the state. Founded in 2004 as a major collaborative venture of Duke University, North Carolina State University, the University of North Carolina at Chapel Hill and the state of North Carolina, RENCI is a statewide virtual organization. For more, see www.renci.org.

Home > News > Preserving the past for…