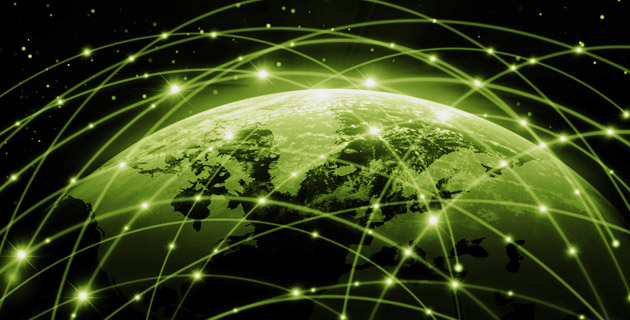 March 13, 2013 — La Mirada, CA — Project ADAMANT, a collaborative effort of the University of Southern California Information Sciences Institute (USC/ISI), RENCI at UNC Chapel Hill and Duke University, has been honored by the Corporation for Education Network Initiatives in California (CENIC) as the recipient of the 2013 Innovations in Networking Award for Experimental/Developmental Applications.

Workflows, especially data-driven workflows and workflow ensembles, are becoming a centerpiece of modern computational science. However, scientists lack the tools that integrate the operation of workflow-driven science applications on top of dynamic infrastructures that link campus, institutional and national resources into connected arrangements targeted at solving a specific problem. These tools must (a) orchestrate the infrastructure in response to application demands, (b) manage application lifetime on top of the infrastructure by monitoring various workflow steps and modifying slices in response to application demands, and (c) integrate data movement with the workflows to optimize performance.

Innovations in Networking Awards are given annually by CENIC to highlight exemplary innovations that leverage ultra high-bandwidth networking, particularly where those innovations have the potential to revolutionize the ways in which instruction and research are conducted or where they further the deployment of broadband in underserved areas.

This project is funded by the National Science Foundation Office of CyberInfrastructure (OCI) under award #1245997.

California’s education and research communities leverage their networking resources under CENIC, the Corporation for Education Network Initiatives in California, in order to obtain cost-effective, high-bandwidth networking to support their missions and answer the needs of their faculty, staff, and students.  CENIC designs, implements, and operates CalREN, the California Research and Education Network, a high-bandwidth, high-capacity Internet network specially designed to meet the unique requirements of these communities, and to which the vast majority of the state’s K-20 educational institutions are connected.  In order to facilitate collaboration in education and research, CENIC also provides connectivity to non-California institutions and industry research organizations with which CENIC’s Associate researchers and educators are engaged.