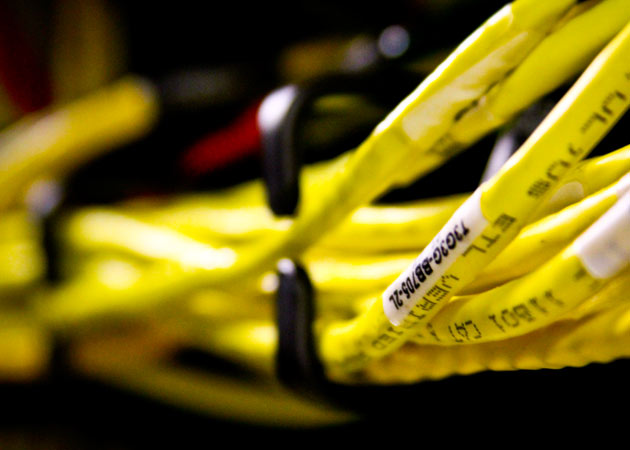 CHAPEL HILL, Dec. 9, 2011–RENCI at the University of North Carolina, Chapel Hill and Duke University in partnership with IBM will lead a new project to build a nationwide test bed for networking and networked cloud computing.

The project is part of NSF’s Global Environment for Network Innovation (GENI) initiative, which enables researchers to explore networks of the future.

The project will deploy and operate 13 ExoGENI sites at research universities and labs across the U.S.  The project will use software based on the Open Resource Control Architecture (ORCA) to control the networked cloud infrastructure. The project team developed the ORCA platform in earlier NSF-funded research and extended it for use in the GENI initiative.

Each ExoGENI site will receive a rack of equipment with multiple IBM x3650 servers featuring dual socket Intel Westmere and Sandy Bridge CPUs, each with 6 to 8 cores and 48 gigabytes of RAM. The sites will connect to a variety of advanced research networks offering dynamic circuit capabilities and programmable control.

When all the hardware is operational and all the sites are connected, ExoGENI will operate as a networked cloud infrastructure—a virtual laboratory for networking and computer science experiments that will help researchers advance the development of a faster, smarter and more reliable Internet, said Baldine.

ExoGENI will support a variety of experiments that will create network topologies consisting of nodes allocated from ExoGENI sites tied together with network connections that will be provisioned based on the bandwidth needed for the experiment. ExoGENI will support using custom kernels to experiment with different network protocols. To support research into high-speed protocols, some ExoGENI sites will be capable of transferring data at 10 gigabits per second (Gbp/s) and in the future at 40 Gbp/s and 100 Gbp/s.

Using ExoGENI, researchers will be able to allocate private networks spanning the continental U.S., allocate computing clusters and storage for use by scientists who collect and analyze data, and tie these experimental resources to production networks, devices or instruments. Because ExoGENI will interact with other networking and compute resources assembled through the GENI initiative, researchers will be able to create more powerful assemblies, or slices, of linked resources that include wireless, mobile and sensor networks.

In addition, ExoGENI will serve as a test environment for a global federated cloud infrastructure that can reconfigure collections of linked computational resources as needed and bring together diverse resources from multiple cloud providers. Such an environment could someday replace typical institutional computational resources, which today exist in a single lab or data center.

ExoGENI sites will be deployed over the course of the next 18-24 months and the facility will begin operation as soon as the first sites are deployed. The first four sites will be operational before the end of September 2012.