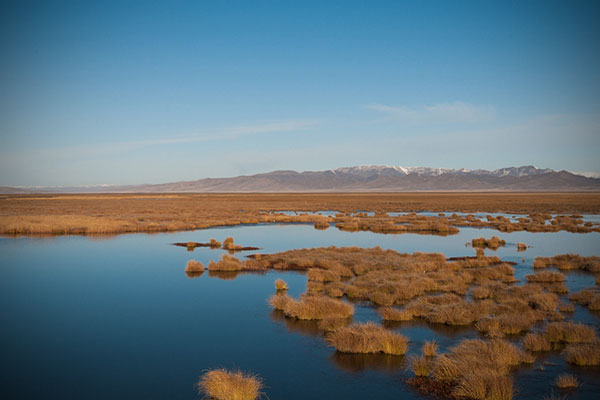 CHAPEL HILL, NC – RENCI, the Renaissance Computing Institute at UNC Chapel Hill, will receive $729,686 from the National Science Foundation to begin a process that could lead to the development of a multimillion-dollar Water Science Software Institute (WSSI) led by RENCI and UNC Chapel Hill with partners across the U.S.

The one-year conceptualization grant will enable RENCI and partners Red Hat, the world’s most successful open source software company, the Socio-Environmental Synthesis Center (SESYNC) at the University of Maryland, and the University of Illinois’ National Center for Supercomputing Applications (NCSA) to develop a strategic plan for the proposed new institute. The project team envisions creating an institute that will revolutionize how water scientists conduct their research, share research results and solve critical problems related to water quality, conservation and accessibility.

“Solving the tough problems of our time requires advanced cyberinfrastructure,” said Stanley C. Ahalt, Ph.D., director of RENCI and principal investigator for the project. “If we can give water scientists the ability to openly share their research results, raw data and scientific models, if we can help them develop robust, high-quality software and continually collaborate and use feedback from their colleagues to improve their work, then we will enable new discoveries about water-related problems at a much faster pace.”

University-based scientific research as it is done now usually involves small research teams writing their own code, gathering their own data and sharing their results through publications only when projects achieve significant results.  Research software is usually hard for other scientists to use, less stable than commercial software and often unavailable to the larger scientific community. As a result, research teams often start from scratch, developing their own software, models and data sets, when they launch new projects.

The WSSI hopes to change that research ecosystem by translating the successful open source and community-powered development processes used by Red Hat into the realm of scientific research. Red Hat’s model, codified in a consulting offering called the Pathway to Open Source Enablement, involves developing open source software through a process that shares beta releases and incremental updates with a large user community. The community provides feedback and contributes improvements to the company’s products, and new versions are periodically released, resulting in software that is continuously improved and expanded through community input and collaboration.

With the WSSI project, Red Hat’s consulting team will apply methodologies from the Open Source Enablement Pathway to academic-based research software, SESYNC will spearhead the effort to translate the Red Hat open source approach to the world of scholarly research in water science, and RENCI will build and deploy the supporting cyberinfrastructure, including production-quality software, data sharing and storage systems, online collaboration environments, and tools for sharing models and raw data.

“Our goal is nothing less than changing the culture for how scientific research is done,” said Ahalt. “But the real prize will be enabling deeper scientific insights and accelerating the rate of those insights.”

The conceptualization grant will fund two workshops that will bring together scientists and technologists to define the functional requirements of the proposed institute and a community forum that will present the institute concept to the larger water science community and invite their input.  The project team will also host a software prototyping event, where participants will learn about and evaluate different methods of producing high-quality scientific software that incorporates feedback from the user community.

By September 2013, the project team will develop a strategic plan to present to the NSF. If successful, that plan could lead to a full-fledged Water Science Software Institute by 2014.