UNC partners with NIH to explore genomic testing for newborns

UNC School of Medicine project will use RENCI-developed analytics framework. 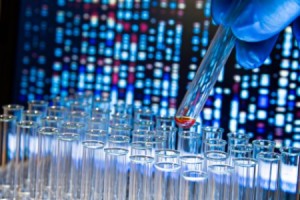 CHAPEL HILL, N.C. – As the clinical use of genomic testing expands, the practical and ethical considerations of using the technology to screen newborns for genetic conditions will be the focus of a new study undertaken at the University of North Carolina.

Researchers at UNC plan to sequence the entire genome of 400 infants to determine what useful clinical data can be acquired through the tests. In conjunction with the testing, the UNC team has partnered with Research Triangle Park-based RTI International to develop educational and consent tools to determine how best to educate parents and physicians about the test and its results.

“It’s really exciting. We are celebrating the 50-year anniversary of newborn screening, and newborn screening saves lives,” said researcher Cynthia Powell, MD, MS, professor with the UNC departments of Genetics and Pediatrics and member of the Carolina Center for Genome Sciences.

The study will be funded by a 5-year, $5 million grant from the Eunice Kennedy Shriver National Institute of Child Health and Human Development (NICHD) and the National Human Genome Research Institute (NHGRI), both parts of the National Institutes of Health. A research team led by Dr. Powell and Jonathan Berg, MD, PhD, assistant professor in the UNC School of Medicine’s Department of Genetics and member of UNC Lineberger Comprehensive Cancer Center, will administer the grant. 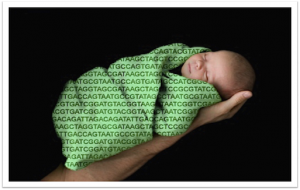 The project will put to use a genomic data analytics framework developed by RENCI bioinformatics experts, which allows an entire genome to be quickly screened for incidental findings that are likely to be clinically relevant. The framework was developed for a project called NCGENES, which seeks to develop processes and a supporting cyberinfrastructure that will allow researchers, clinicians and patients to take full advantage of whole genome and whole exome sequencing (the exome is the term used to describe the full set of exons, or protein-coding parts, of the genome). NCGENES is funded by the National Human Genome Research Institute of the National Institutes of Health.

“This project is NCGENES applied to newborns,” said Kirk Wilhelmsen, MD, PhD, a professor in the UNC School of Medicine’s Department of Genetics, chief domain scientist for genomics at RENCI and a co-Principal Investigator on the project. “The scientific question is whether genomic sequencing is useful beyond the newborn screening that is already done and what’s the best process to use when you are dealing with new parents who are already overwhelmed and sleep deprived.”

“Genomic sequencing has potential to diagnose a vast array of disorders and conditions at the very start of life,” said Alan E. Guttmacher, MD, director of NICHD.  “But the ability to decipher an individual’s genetic code rapidly also brings with it a host of clinical and ethical issues, which is why it is important that this program explores the trio of technical, clinical, and ethical aspects of genomics research in the newborn period.”

The tests will examine the genomic data from a healthy group of children and a cohort of children with suspected or diagnosed genetic disorders such as phenylketonuria, cystic fibrosis and other disorders involving metabolism. The ultimate goal, according to Dr. Berg, is to determine whether genomic testing can be an effective tool for pediatricians to incorporate alongside existing tests.

“If you could expand what can be screened for, you could actually potentially look at a lot of disorders that we would not be able to pick up with current technology metabolite screens,” said Dr. Berg.

The need to make sure that parents and physicians have the tools to make an informed decision is a central focus of the study. By developing best practices – from educational tools to parental consent protocols – the researchers plan to build a model for making informed choices about when to test and how to use the data gathered from newborn testing.

“The informed consent process will be a critical part of the study,” said Dr. Powell.