Creating the universe in a Social Computing Room 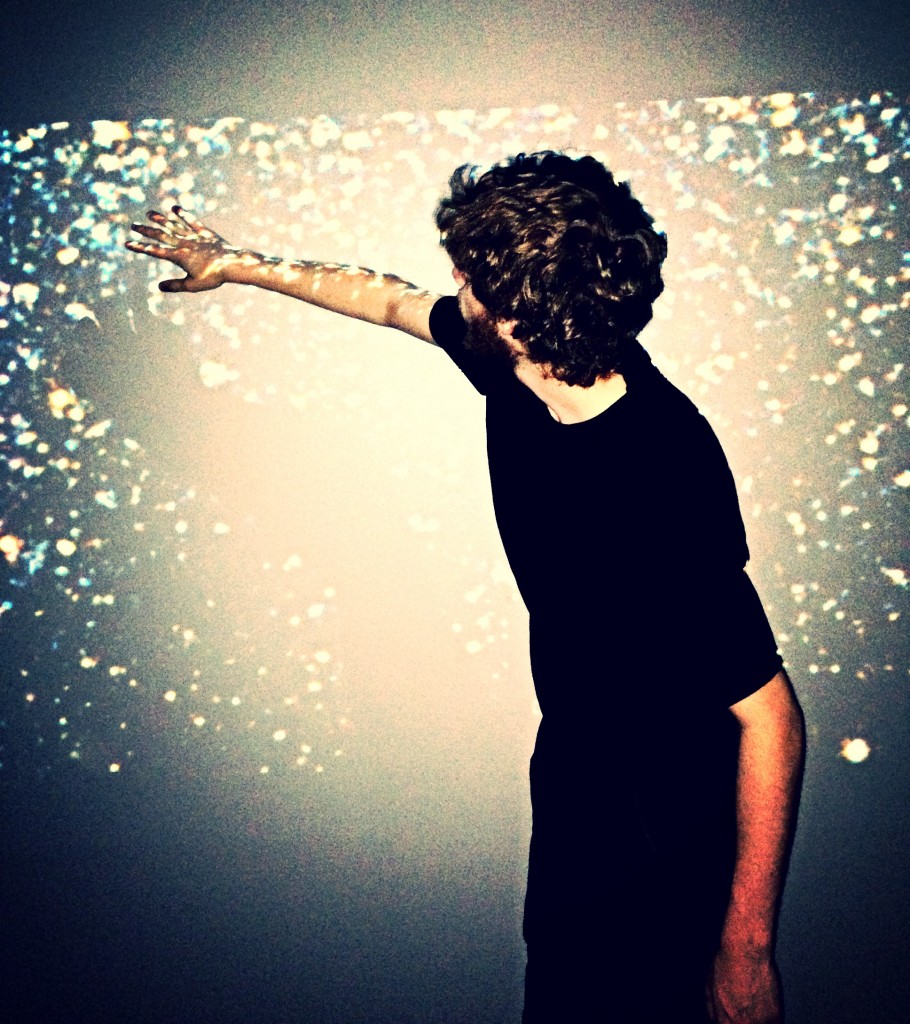 Students in a communications class at UNC Chapel Hill have been using the recently opened Social Computing Room (SCR) in the Odum Institute to create their own universe.

The SCR provides an immersive 360-degree view of any visual content, allowing users to interact with and explore data in groups. The original SCR, built in 2007, is located in the RENCI space in ITS Manning on the UNC campus. Similar versions based off the original have recently opened at NC State University and in Odum’s offices in Davis Library. RENCI assisted in the technical design and implementation of the room, helping to install all the hardware, baseline operating system, and projectors and supported part of the cost of outfitting the room. END_OF_DOCUMENT_TOKEN_TO_BE_REPLACED

Hacking for the public good

It’s one thing to say that the explosion of digital data can be used for public good. It’s quite another to sit down in a room for four hours, access open data files and create an application with practical uses. 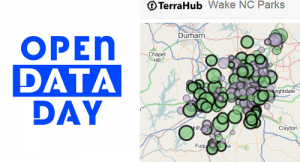 That’s what Jeff Heard did when he attended the Triangle Open Data Day (TODD) a few weeks ago. TODD, organized by TechnologyTank.org, was a daylong event to promote open data—the idea that digital information from sources such as government agencies should be easy to access and that if it is, smart, innovative techies will use it in interesting ways.

Heard, a RENCI senior research software developer and co-founder of the startup TerraHub, is one such smart, innovative techie. He attended TODD’s hackathon activity with the goal of taking a public data set and creating an application that could transform that raw data into useful knowledge.  And he succeeded. END_OF_DOCUMENT_TOKEN_TO_BE_REPLACED

The Human Impact of Genetic Research 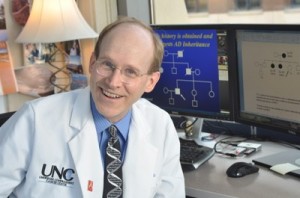 Jim Evans of the UNC School of Medicine leads the NCGENES research team.

It’s been about a year and a half since I sat down with Jim Evans, MD, PhD, and Bryson Professor of Genetics and Medicine at the UNC School of Medicine, to learn about NCGENES, a research project to develop processes and a supporting cyberinfrastructure that will allow researchers, clinicians and patients to take full advantage of whole genome and whole exome sequencing. The project is funded by the National Human Genome Research Institute, one of the National Institutes of Health.

The patients enrolled in NCGENES – about 750 of them over four years – have undiagnosed conditions that likely have genetic causes. Through sequencing and an innovative, streamlined analysis process, the researchers hope to find genetic markers for their conditions, make diagnoses, and if possible, treat them. END_OF_DOCUMENT_TOKEN_TO_BE_REPLACED 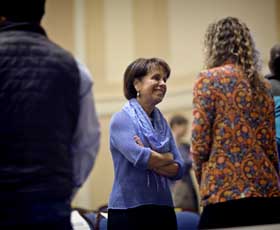 It’s been more than a week since the successful conclusion of TEDxUNC 2014, our local version of a TED conference. The event took place Saturday, Feb, 15, only a few days after a winter storm, which closed the university for the previous two and half days and kept most people hunkered down at home.

Despite flight delays and cancellations, all 20 speakers and performers made it to Chapel Hill to perform to a packed house. Another 1,800 viewers from 10 countries watched the events using the conference’s live stream.

TED launched in California a couple decades ago as a way to inspire and motivate people by spreading the most innovative, potentially world changing ideas. Since then, TED events have spread around the U.S. and the world through the TEDx initiative, and this year’s TEDxUNC was the third annual event held at UNC Chapel Hill.

Congratulations to the students, speakers, performers and sponsors who thumbed their noses at a little bad weather and orchestrated a day full of thought provoking ideas and inspiring performances. RENCI is proud to have pitched in as a sponsor.

For a recap of the day’s events, click here. For a recording of the live stream, visit the TEDxUNC website.

RENCI is serving as one of the sponsors of the Third TEDxUNC 2014 conference, an annual conference at UNC-Chapel Hill that brings together innovative thinkers from the university, community and state to explore ideas for the future. This year’s conference will be held at Memorial Hall from February 15-25 and the theme will be “Taking Flight”.

This year’s diverse group of speakers includes an astronaut, a beekeeper, social innovators, and several artists including an opera singer, a multimedia artist, and a composer. There will also be two UNC students speaking, who earned this prestigious honor after going through several rounds of a rigorous public speaking competition.

These thinkers will discuss their approaches to some of humanity’s fundamental concerns by explore varied disciplines, transgressing cultural boundaries, and seeking simple, tangible solutions. The conference is always a completely free event, and tickets were all taken by the day after they were released. You can also view the talks via live stream or after the event through online video recordings. For more information, see the conference website.

Members of the Green Infrastructure Ventures Project, including RENCI Director Stan Ahalt and Larry Band, director of the UNC Institute for the Environment, met for an intense three day planning session at RENCI last week.  The meetings focused on refining the project’s main research questions, which involve the perception, role, and function of green infrastructure across urban and climate gradients in the U.S.

The National Socio-Environmental Synthesis Center (SEYSYNC) at the University of Maryland developed the Green Ventures project to investigate the role and function of green infrastructure in stormwater for urban watersheds. Margaret Palmer, director of SEYSYNC, is also part of the Green Infrastructure team. Other team members include scientists from RENCI, UNC Chapel Hill, the University of Illinois at Urbana-Champaign, Arizona State, Oregon State, and Portland State. The researchers, many who are also involved with Water Science Software Institute (WSSI) planning project, will focus on modeling software tailored specifically for developing green infrastructure, such as RHESSys, the Regional Hydro-Ecologic Simulation System.

This was the second workshop the project members have held; a third is planned for spring. Read more about SEYSYNC and the Green Infrastructure Ventures Project here.

RENCI is all about partnerships. Our software developers, engineers, data and computing specialists team with researchers to give them the technologies and cyberinfrastructure they need to continue important work and launch new projects.

Such was the case with REALTROMINS, a medical device startup launched by a Keith Kocis, an MD in the department of pediatrics at UNC’s School of Medicine, and his brother Daniel Kocis, Jr., PhD. REALTROMINS (which stands for REAL-Time Risk Of Mortality and INStability) set out to help the most vulnerable of medical patients: critically ill infants the pediatric intensive care unit and children’s cardiac care unit at UNC Children’s Hospital. 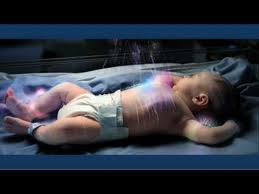 Back in 2007, when the company was brand new and RENCI was a relatively new resource for research teams, Keith Kocis lauched a partnership with RENCI to help develop his idea into a commercially viable product. RENCI researchers worked with the company for several years to develop new technologies for capturing, managing, integrating, analyzing, and visualizing vast amounts of real-time data gathered from hospital monitors. The idea was to give doctors and nurses a system for easily assessing an infant’s condition, including overall trends that can indicate whether the infant’s condition is improving or deteriorating.

Using this tool, the REALTROMINS founders hoped that caregivers would be able to quickly respond to changes and realign their treatment plans to maximize an infant’s chance of survival.

RENCI helped the company develop the cyberinfrastructure needed for its product, and then moved on. That’s generally how it works here. We give our partners tools they need and probably couldn’t develop themselves, and then we let them run with them. I often want to check in with former partners and find out if their work is still on track, but I rarely have the time to do so. That’s why it was good to hear from Keith Kocis recently and learn that REALTROMINS is thriving and has just announced two new devices, one for assessing critically ill newborns and one for hospitalized children outside the ICU. The company now works with IBM, using its InfoSphere Streams technology in continued development.

Congratulations to REALTROMINS on this important new technology with the potential to save lives. And a round of applause to UNC’s Kenan Flagler Business School and the Office of Technology Development for helping the Kocis’ turn a good idea into a viable company. This is truly a partnership that paid off for RENCI, and demonstrates the real-world value of UNC research.

A news release published today announced a joint white paper by RENCI and Kaminario, the leading scale-out all-flash array provider. The report is aimed at IT administrators and provides guidelines on how to test storage for High Performance Virtual Clusters (HPVCs). It outlines two reference architectures for building HPVCs that support medium to large cluster workload requirements.

In the paper, entitled “Reference Architecture: Scalable SSD Storage for Building a High Performance ESX Cluster,” Kaminario and RENCI developed a new methodology and best practices checklist for testing HPVCs that takes into account the necessity of performance consistency for competitive virtual environments. The method consists of a set of mixed workload combined tests, including read/write, random/sequential, and small/large block size.

The tests were conducted using the Kaminario K2 storage solution in conjunction with VMware I/O Analyzer to test the performance of a variety of workloads. Kaminario K2 provided administrators with a highly scalable, low-cost platform to support the most demanding needs of HPVCs. It was able to support a linear increase in VM load to support the 500000 IOPS cluster requirements. These results showed that mixed workload testing scenarios better enable IT administers to successfully design and implement a HPVCs that fits a modern infrastructure.

Stan Ahalt talks about RENCI, the data deluge, and more

RENCI Director Stan Ahalt sat down with Ernie Hood, the host of the Radio In Vivo show, on Wednesday, Jan. 7, to discuss RENCI and it’s role in the North Carolina research community. Other topics touched on throughout the hour-long interview included the National Consortium for Data Science (NCDS), of which Ahalt is a founding member, and the challenges and opportunities of the digital data deluge of the 21s century.

Radio In Vivo is a weekly interview program focused on the Triangle area science community that airs on Wednesdays at 11 A.M. on WCOM-FM (103.5) and streams at wcomfm.org. It features interviews with the researchers who make the Research Triangle  a leading hub of scientific research and development.

Listen to the archived interview on the Radio In Vivo website.

The Conference will bring together academic scientists, researchers, scholars and industry partners to exchange and share their experiences and research results in advancing big data science and engineering. It will feature workshops, speakers, paper presentations, and will provide an opportunity to network and share new discoveries. Participants can submit workshop proposals until the deadline of Jan. 15, research papers until March 1, and research posters until April 21. All submissions and inquiries can be sent to ieeeaseconference@gmail.com.

The Institute of Electrical and Electronics Engineers (IEEE) is the world’s largest technical professional association, composed of engineers, computer scientists, and allied professionals. This Conference is the premier international forum for research on information and communication technologies. Conference co-sponsor ASE (Academy of Science and Engineeering) is a non-profit organization dedicated to advancing science and engineering innovation and excellence for the benefit of humanity.